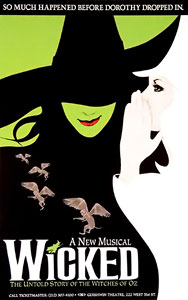 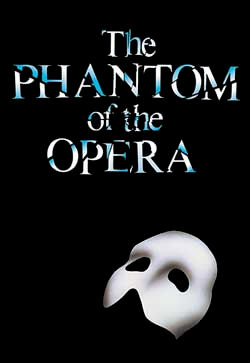 If you knew me back in middle school, you probably would’ve considered me a theatre geek. I loved performing, I loved my theatre family, and at the time, I loved feeling like I was pursuing my dream of becoming a professional actor (still waiting on my big break Spielberg). It was during this time that I was performing in my school plays, going to acting camps and asking my mom to take me to broadway shows that my love for musicals really came about. And after 15 years, even though my hope of becoming a professional actor is no longer the dream, and a case of serious stage fright has definitely sunk in, I still have a love for theatre and especially musicals. So in order to spread my love for musicals I thought I would share with you three of my favorite musicals of all time in hopes that maybe it will spark an interest in those of you! (if you don’t already love these legendary shows)

The Phantom of the Opera – “Based on the French novel Le Fantôme de l’Opéra by Gaston Leroux, its central plot revolves around a beautiful soprano, Christine Daaé, who becomes the obsession of a mysterious, disfigured musical genius living in the subterranean labyrinth beneath the Opera Populaire.”

Wicked – “The musical is told from the perspective of the witches of the Land of Oz; its plot begins before and continues after Dorothy‘s arrival in Oz from Kansas, and it includes several references to the 1939 film and Baum’s novel. Wicked tells the story of two unlikely friends, Elphaba (the Wicked Witch of the West) and Galinda (whose name later changes to Glinda the Good Witch), who struggle through opposing personalities and viewpoints, rivalry over the same love-interest, reactions to the Wizard‘s corrupt government and, ultimately, Elphaba’s public fall from grace.”

Les Miserables – “Set in early 19th-century France, it is the story of Jean Valjean, a French peasant, and his quest for redemption after serving nineteen years in jail for having stolen a loaf of bread for his sister’s starving child. Valjean decides to break his parole and start his life anew after a kindly bishop inspires him by a tremendous act of mercy, but he is relentlessly tracked down by a police inspector named Javert. Along the way, Valjean and a slew of characters are swept into a revolutionary period in France, where a group of young idealists make their last stand at a street barricade.”